BRINGING YOU THE MIRACLE OF YOUR LIFE 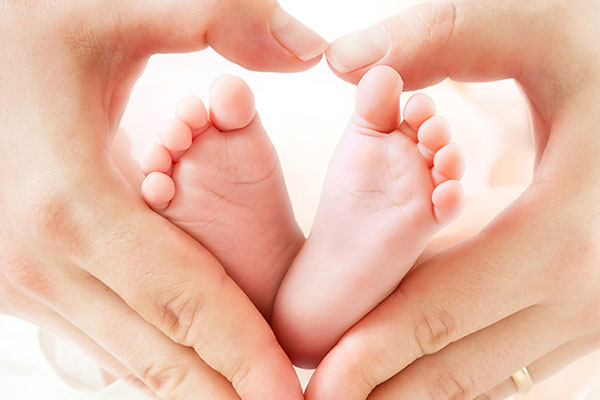 BRINGING YOU THE MIRACLE OF YOUR LIFE

Assisted reproductive technology (ART) is a term that describes several different methods used to help infertile couples. ART involves removing eggs from a woman’s body, mixing them with sperm in the laboratory and putting the embryos back into the woman’s womb. IVF or Test Tube Baby method is a commonly used term to indicate ART techniques.

IVF is the basic assisted reproduction technique, in which fertilization occurs in vitro (literally, in glass). The man’s sperm and the woman’s egg are combined in a laboratory dish, and after fertilization, the resulting embryo is then transferred to the woman’s uterus. The five basic steps in an IVF treatment cycle are :

IVF is a treatment option for couples with various types of infertility, since it allows the doctor to perform in the laboratory what is not happening in the bedroom – we no longer have to leave everything upto chance!

Initially, IVF was only used when the woman had blocked, damaged, or absent fallopian tubes (tubal factor infertility). Today, IVF is used to circumvent infertility caused by practically any problem, including endometriosis; immunological problems; unexplained infertility; and male factor infertility. It is a final common pathway, since it allows the doctor to bypass nature’s hurdles and overcome its inefficiency, so that we can give Nature a helping hand!

Tests Prior to IVF

In order to perform IVF, only 3 things are required – eggs, sperm and a uterus, and before starting the IVF cycle, the doctor will check these.

First, a sperm survival test is carried out This is a “trial” sperm wash, using exactly the same method as will be actually used in IVF, to assess whether an adequate number of sperm can be recovered in order to do IVF. This test will also help the laboratory to decide which method of sperm processing should be used during IVF.

A blood FSH level will provide an idea of the “ovarian reserve”, and provide information on whether or not the woman will produce enough eggs after superovulation. For older women, some clinics do a clomiphene citrate challenge test. If the FSH level is very high, this suggests early ovarian failure, and it may be a better idea to consider donor eggs.

Many clinics may do a hysteroscopy, in order to assess that the uterine cavity is totally normal. They may also do a “dummy” embryo transfer to make sure there are no technical problems with this procedure. Some clinics also do a cervical swab test, to rule out the presence of infection in the cervix.

If a woman has blocked fallopian tubes with large hydrosalpinges, some clinics will remove these prior to the IVF cycle, because they feel that the presence of a hydrosalpinx decreases pregnancy rates after IVF.

For men who have difficulty in producing a semen sample “on demand”, the clinic may also freeze and store the sample prior to treatment, as a backup. This can help to prevent the tragedy of having to abort an entire treatment cycle because the man could not produce a semen sample when needed.

Blood tests which may be done include tests for immunity to rubella; and tests for Hepatitis B, and AIDS. Most doctors will also advise patients to start taking folic acid, as part of pre-pregnancy care, as this helps to reduce the risk of certain birth defects.

Patients who stand a very poor chance of success with IVF include the following:

It is also not advisable to go in for IVF treatment without trying simpler treatment options first. IVF is a complex procedure involving considerable personal and financial commitment, so other treatments are usually recommended first.

Its another ART technique where a normal looking sperm is injecting into the egg to achieve fertilization with the help of specialized micro equipments.

This technique is of great help to men with poor semen parameters. ICSI has helped many men to become fathers which was impossible otherwise.

ICSI can offer real hope to couples where the man has a very low sperm count, produces few good-quality sperm, or has a problem with anti-sperm antibodies in his semen. It can also help couples who would prefer not to use donor sperm, as it gives them a greater chance of success using the man’s own sperm.

With ICSI, the sperm do not have to travel to the egg or penetrate the outer layers of the egg. This means that it can help men whose sperm cannot move properly or where the sperm can get to the egg, but are unable to fertilise it for some reason.

It is used to help couples where the man has had an irreversible vasectomy, or has no sperm in his semen due to missing tubes or blockages in his reproductive organs.

Couples who have tried IVF can sometimes move on to ICSI if not enough eggs could be retrieved from the woman, or if few of the eggs retrieved for IVF were successfully fertilised in vitro.

Sperm collection from ejaculate or aspirate from the epididymis (PESA) or testis (TESA or TESE) is prepared using special cultured medium. Sperm preparation may also be obtained from frozen semen sample or testicular tissues.

Once the eggs have been selected, a chosen sperm is rendered immotile, then sucked into the tip of a very fine glass needle and injected directly into the egg. The egg is held in place by gentle suction on the opposite side using a holding pipette. This is a very delicate procedure and involves using a micromanipulator. This process is repeated for each egg. The elastic nature of the egg membrane means that the tiny hole made by the needle closes very quickly. About 5% of the injected eggs may be damage by the procedure.

ICSI has now been in use for over 11 years and there are over 26,000 babies already born as a result of ICSI worldwide. The success rates of ICSI treatment are dependent on the skill and experience of the practitioners. Other factors, which also affect ICSI success rates, include the woman’s age, duration of infertility and the number of embryos transferred.

ICSI does not increase the incidence of multiple pregnancy as compared to standard IVF.

What are the advantages?

This technique opens doors to parenthood that were previously closed to some couples with a male factor fertility problem. ICSI gives men with a very low sperm count or other fertility problems a chance of conceiving their genetic child.

It is possible to use immature sperm that have been retrieved from the man’s testicles so ICSI can be used, for example, to help men who have had a vasectomy that cannot be reversed.

ICSI can also be used to help couples with unexplained infertility, but experts have not found that it makes pregnancy more likely than standard IVF.

What are the disadvantages?

During normal conception, only the hardiest sperm manage to travel great distances and break through the membrane of an egg to fertilise it. Weaker sperm never make it. Because ICSI bypasses this process, critics worry about higher rates of miscarriage, and long-term health and development problems for children conceived using whatever sperm are available.

Research to date has been reassuring about most potential risks. No impact seen so far, for example, on the cognitive and motor skills of children conceived using ICSI. However, there is some evidence of an increased risk of structural abnormalities in ICSI babies.

A large-scale international study found that 4.2 per cent of the ICSI babies had a major malformation, which mainly affected boys’ urinary and genital systems. The risk of malformation was almost three times higher in ICSI babies than in babies conceived naturally.

This may go some way to explain why the same study found that children conceived by ICSI and standard IVF were more likely to have had a major childhood illness, medical intervention or surgery by the age of five than children conceived naturally.

Parents of babies born by ICSI also worry about the future fertility of their child, but the technique hasn’t been in use for long enough yet to tell whether this will be a major issue for ICSI babies in adulthood.

Much more research is needed before all the risks associated with ICSI can be known. In the meantime, many couples who conceive through this technique have regular ultrasound scans in early pregnancy to monitor the baby’s development. If you are at all concerned, talk to your consultant.

Success rates vary and depend on many factors. Some things that affect the success rate of ART include:

The average percentage of ART cycles that led to a healthy baby were as follows:

ART can be expensive and time-consuming. But it has allowed many couples to have children that otherwise would not have conceived. The most common complication of ART is multiple fetuses. But this is a problem that can be prevented or minimized in several different ways.

What are the different types of assisted reproductive technology (ART)?

ART procedures sometimes involve the use of donor eggs (eggs from another woman), donor sperm, or previously frozen embryos. Donor eggs are sometimes used for women who can not produce eggs. Also, donor eggs or donor sperm is sometimes used when the woman or man has a genetic disease that can be passed on to the baby.

When both of them have serious fertility problems, donor embryos can be used.

When the wife has some serious problems in the uterus or there are serious health risks if she becomes pregnant, surrogacy is an option.Here the embryo resulting from wife’s egg and husband’s sperm is transferred into the uterus of a healthy woman so that the couple can have their own genetic child.